The second essay from the Fantasy & Sci-fi course was on Alice’s Adventures in Wonderland and Through the Looking Glass. When I first read these books, I was quite young and the stories didn’t make a lot of sense to me. I mean, sure, they were wacky and whimsical and the illustrations by John Tenniel were a joy to look at, but I couldn’t understand why everyone made such a fuss about the Alice books and not about other books which I thought were better, such as the Faraway Tree series by Enid Blyton.

However, when I read the book for the course again, I realized that Carroll’s two books are so much better than anything from Enid Blyton’s vast collection. There were many discussions in the Coursera forum about what the books could be talking about, other than an imaginative girl’s adventures in Wonderland, of course. One particularly intriguing theory I came across posited Wonderland as a ‘Womb’, from which Alice emerged as a more mature, thoughtful young girl. Most of the theories, in fact, played with the psycho-sexual implications of the stories, which I thought were interesting, but perhaps a little too obvious, once you’ve read the books more than a couple of times. So I decided to explore an angle that, at least to me, seemed different. You’ll find it below. Do read and let me know if you agree!

In Alice’s Adventures in Wonderland, Lewis Carroll champions curiosity and easy adaptability. When Alice goes down the rabbit hole, she finds herself in a world where things don’t run the normal way. Despite being occasionally taken by surprise, Alice takes it all in her stride and even manages to preserve her good temper most of the time. This is simply because she is curious, and rather than waste her energy in fighting her peculiar circumstances, she tries to understand and adapt to this new world a little better.

A good example of Alice’s readiness to suspend the rules of her real world comes in the first chapter when she finds herself too small to reach the key lying on top of the table. When she sees a cake lying under the table, she doesn’t know whether it will make her smaller or bigger, but she does immediately understand – thanks to her previous experience in eating and drinking things here – that it will have some effect on her size. She also understands that regardless of what size she eventually gets to, she will be able to get through into the garden. Here she demonstrates her understanding of two important rules of Wonderland. One is that eating something that says ‘Eat me’ is not as stupid as it would be in the real world and may, in fact, offer a solution to her problem. The other is that there is no one right way to do things, unlike the real world where children are taught that there is a right way and a wrong way to approach things.

It is perhaps easier for Alice to question what she has been taught and adapt to new circumstances because she is a child and therefore less set in her ways than an adult. But Carroll’s books teach us that in a rapidly changing world, willingness to adapt and curiosity are great tools for survival. 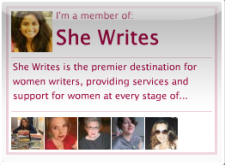